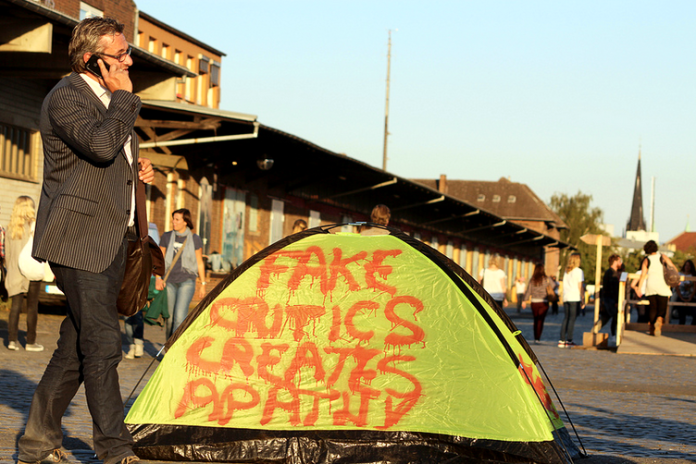 Ideally, the artists should have an important position in our society as free and independent minds that can produce vital reflections about sociopolitical conditions of the time we live in. Unfortunately many times artists’ critical and important reflections are being used or misused for other purposes such as promotion of products, gentrification, and cultural colonialism. In that case, the unique role of the artist, as the one independently and critically reflecting our society, becomes a simplified and bounded function with a purpose and task dictated by others. The only way the artist can avoid that his/ her role becomes a function is by constantly questioning the structures his or her art is being presented within. Biennales and big-scale exhibitions like Documenta should, as the most influential contemporary art structures, be a natural object for investigation.

Documenta is considered to be a Vatican of contemporary art today, carried by a belief in the critical potential of art. Documenta promotes itself as the optimal art platform for critical thinking and political postures, which is why decision makers and intelligentsia of the art world, pilgrimage to Documenta in search of latest tendencies. Documenta and other big art events such as Venice Biennale have thus an enormous international impact and a great power to influence the public opinion. This influence should be evaluated by participating artists as well as the audience, who should not only absorb the messages communicated to them through the curatorial strategies, without being skeptical about their motivation. They should not fall asleep but be critical and constantly question the structure.

A show labeled as “critic show” can give the public a feeling of being critical, but it can, at the same time, be drawing the public attention away from big and serious issues that authorities don’t want to create critic around. There could be a diversion taking place in the curatorial choose.

A delay in contemporary art could also be seen as a diversion strategy. Even though we believe that the contemporary artists should react on the important issues and emergencies of today’s world, we are not giving the artists appropriate platforms for immediate expression and impact in time. The artists cannot show art connected with the pulsing and unpredictable present, since all the exhibited artworks have to be defined, produced, and explained in advance. Either because of the practical and curatorial planning or because of a wish to control and have a possibility to censure, most of the contemporary exhibitions are from the beginning in delay.

A “critic show” can thus be a setting for fake criticism that gives us an illusion of being critique and having the freedom of thinking when we, in reality, are directed in a certain direction controlled by external forces and often interests of economic or political nature.

This fake criticism within the contemporary art today could be the source of apathy in our society. If the lack of real concern or interest in making a change infiltrates the art community, and what we consider to be the avant-garde force in our society falls asleep, we might risk that our world takes a direction of narrow-minded and almost totalitarian thinking. 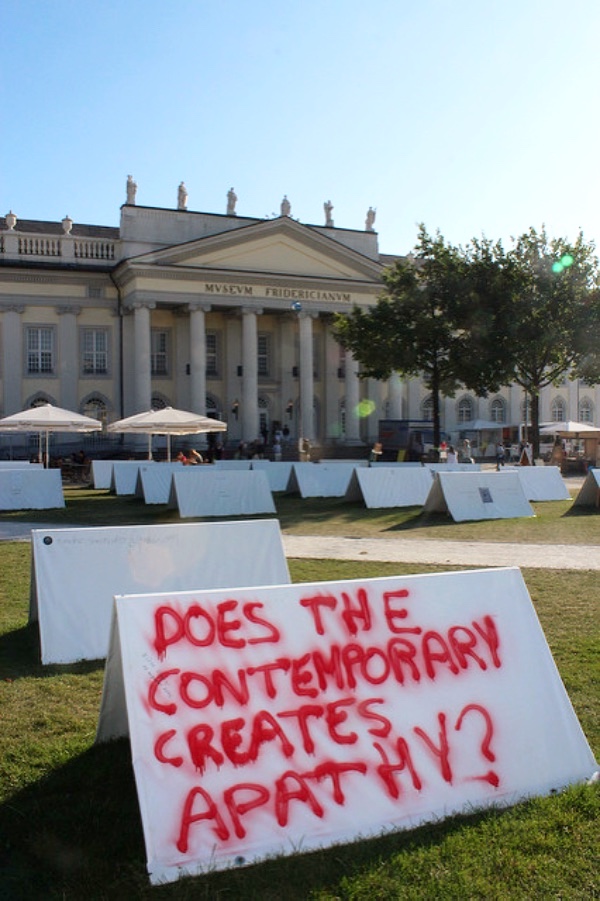 Since 1988, Thierry Geoffroy/ COLONEL has been questioning big staged art events like biennales, art fairs, and Documenta, with critical art formats such as BIENNALIST – an art format that responds to and questions, through artworks the motivations of biennials and other global art events. He looks into the art events and their motivations asking questions such as: Could 860,000 visitors have been intoxicated by an apathetic gaze that keeps them away from reacting? Are global art events designed to make people cry about something in order not to make them see something else? Is there a strategy for being delayed in order to create a distraction from the present and avoid debating important topics of today? If the most important contemporary exhibitions in the world like Documenta focus solely on past- or few present related issues contextualized by curators or art historians, how can we then expect art to be avant-garde?

For decades artists have questioned the canvas, the pigment, and since the1960-70s conceptual artists like Marcel Broodthaers have questioned the structure of the museum which led to Institutional Critique in art with artists such as Daniel Buren, Andrea Fraser, and Hans Haacke. With his art format BIENNALIST, Thierry Geoffroy/ COLONEL questions the global art events. He takes the theme of each biennial seriously and studied in order to contribute to the debate the biennales want to generate. The artist is with this format often on-location testing the pertinence of the biennales.

In 2002 Thierry Geoffroy/ COLONEL did a project called “The Next Documenta should be curated by a car” and “The protest school”. In 2012 The BIENNALIST project was respectively supported by the ZKM Museum Museum of Contemporary Art for conducting operations at the Athens Biennale curated by Nicolas Bourriaud and by the Sprengel Museum for operation done at the Venice Biennale.

In dOCUMENTA 13 he realized the project “The Emergency will replace the contemporary” which got a strong attention in the media and among art critiques. With a UN blue helmet as an artistic metaphor for innocence, Thierry Geoffroy/ COLONEL appointed himself to be “a peace-war researcher” and discovered the enormous presence of an active weapon industry in documentaßtat Kassel. The message was communicated as text on a tent placed under the Joseph Beuys tree on the lawn in front of the Fredericianum just after the press conference June 6th, 2012.

The tent with a statement “THE EMERGENCY WILL REPLACE THE CONTEMPORARY” was removed and confiscated by the dOCUMENTA organizers. Ironically enough this kick started, the same days, a growing occupy movement dOCCUPY, that made a tent encampment in the same area and which was welcomed by dOCUMENTA 13 curator.

Now Thierry Geoffroy/ COLONEL is preparing the exhibition #documentasceptic, on a specially designed online platform and in the gallery SABSAY from March 30th to June 24th, 2017, which will look closer into the next Documenta 14 and Venice Biennale 2017. 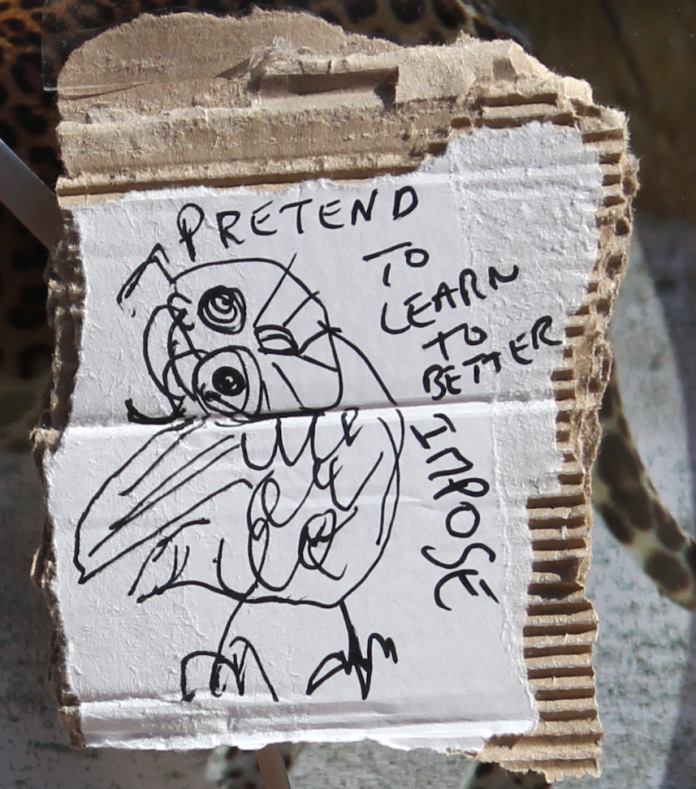